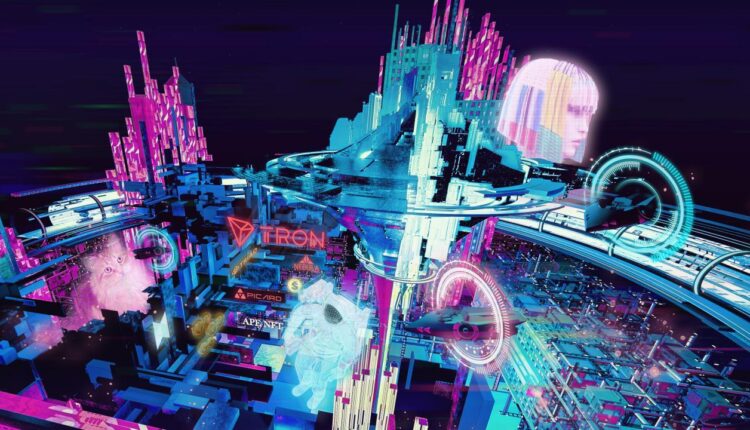 APENFT’s “Fall of the Core” Lands on Sandbox, Opening the Gate of the City of Origin

On September 13, 2022, the leading blockchain ecosystem TRON and the APENFT Foundation jointly announced their plan to launch the game “City of Origin” on The Sandbox Metaverse’s Draft Gallery. This game was created by blockchain technology service provider MetaFrontier and metaverse design studio MetaBaka.

Phase I construction of the game has been completed. By entering through the Game Maker Gallery, users can explore the virtual city, and enjoy the magnificent landscapes and unspeakable wonders. Phase II of the game will focus on the development of the in-depth game experience. Users can discover various kinds of bizarre events and hidden clues in the city during their exploration, then piece them together into a grand and vivid picture of a utopia, showcasing the charm of contemporary arts in an immersive way.

The main buildings that have been completed so far include TRON’s headquarters Gyro-Scope, public service building Crystal Tower, Downtown, the Flash NFT Exhibition Hall, and the Star Loop surrounding the entire city as an important air transportation hub. Moreover, later urban planning aims to attract more brands and partners of the TRON ecosystem. Artists will be able to build their personal studios here. Finally, a wonderful virtual city will gradually be established.

The City of Origin is an original, grandiose fantasy epic work. Named “the TRON-Pixel Federation: Fall of the Core,” the project is based on alternative historical settings with a theme of science fiction and art. TRON owns a massive number of virtual land plots, the scale of which is as enormous as that of a city-state or a small country. Such a vast virtual space makes the existence of the TRON-Pixel Federation possible.

When it comes to virtual cities, many may think of Liberland, a “cyber-urban” city created by the British architecture studio Zaha Hadid Architects. The City of Origin will become another well-architected virtual city that breaks the laws of physics and holds a very specific worldview. The city is composed of a number of pixelated building complexes. Its urban planning includes the city hall, commercial blocks, various shops, flash exhibition halls, and art galleries.

Art will become an integral part of the city. The APENFT Foundation, which owns many world-class art collections, will also exhibit works of more than 10 top artists, including Beeple, Pak, FEWOCiOUS, and Mitchell F. Chan. Any high-quality NFT project already launched on the APENFT Marketplace may apply for independent display space. In the City of Origin, users will be able to admire the beauty of AKON’s Music NFT, play online games with others in the WIN NFT HERO Exhibition Hall, or enjoy the fantasy world of NFTs in the business district. 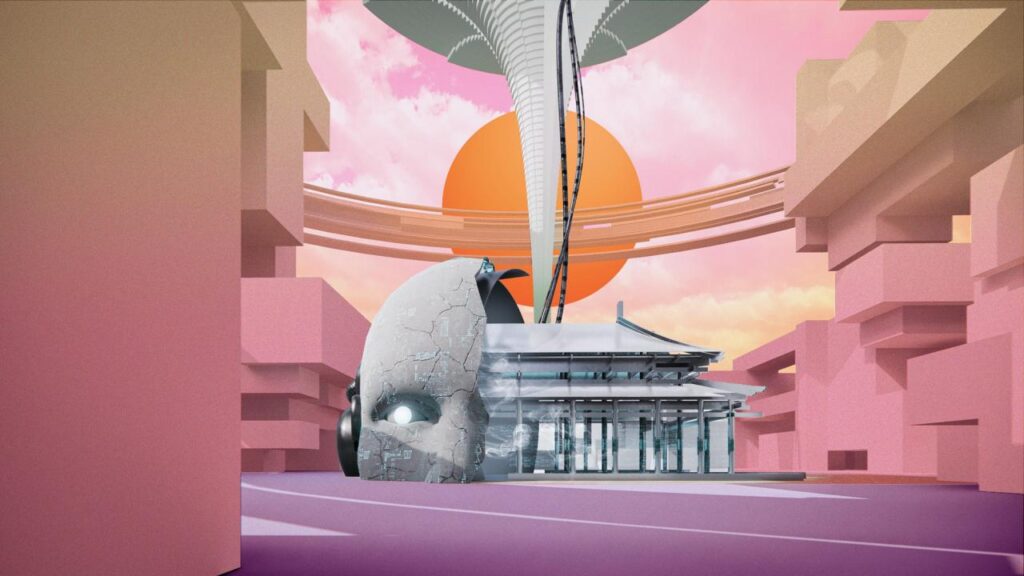 The massive space, differentiated experience, and immersive stories of the TRON-Pixel Federation will provide an innovative display platform for digital art collections, making the Federation a wonderland for art and freedom. In such a wonderland, users will no longer passively watch these artworks as bystanders. Instead, they will actively participate, exploring intriguing stories behind the artworks and appreciating the beauty of contemporary art within the narratives. The City of Origin is just the beginning of the story. More exciting worlds and adventures will unfold as the game develops.

It is worth mentioning that the August Open Call of the 2022 Art Dream Fund, jointly launched by the APENFT Foundation and TRON, is in full swing with the theme of “Post Human Age.” Winners will have the opportunity to present their artworks and establish their own studios in the City of Origin.

We can’t wait to see it all fall into place!

Meta-Frontier Blockchain is a blockchain technology provider based in Singapore and Thailand, with full focus on providing customers with project planning and development services such as marketing solutions, meta-universe planning, and on-chain analysis.

Officially registered in Singapore on March 29, 2021, APENFT is backed by the underlying technology of the TRON blockchain, with additional support from the world’s largest distributed storage system BitTorrent File System (BTFS). At the core of our mission, APENFT aims to facilitate the creator economy while catalyzing both financial and cultural inclusion in the metaverse. Our vision is to integrate both the virtual and the real worlds seamlessly. APENFT Foundation is the world’s first NFT art foundation that realizes crossover purchases. We aim to bridge conversations between stakeholders in the traditional art world and the digital art community emerging around NFTs, promote inclusiveness and diversity, broaden our multimedia audience, and increase all members’ engagement. In the future, our collection will be made available to the entire community through a series of curated online exhibitions in the metaverse.

TRON is dedicated to accelerating the decentralization of the internet via blockchain technology and decentralized applications (dApps). Founded in September 2017 by H.E. Justin Sun, the TRON network has continued to deliver impressive achievements since MainNet launch in May 2018. July 2018 also marked the ecosystem integration of BitTorrent, a pioneer in decentralized Web3 services boasting over 100 million monthly active users. The TRON network has gained incredible traction in recent years. As of August 2022, it has over 111 million total user accounts on the blockchain, more than 3.8 billion total transactions, and over $13.2 billion in total value locked (TVL), as reported on TRONSCAN. In addition, TRON hosts the largest circulating supply of USD Tether (USDT) stablecoin across the globe, overtaking USDT on Ethereum since April 2021. The TRON network completed full decentralization in December 2021 and is now a community-governed DAO. Most recently, the over-collateralized decentralized stablecoin USDD was launched on the TRON blockchain, backed by the first-ever crypto reserve for the blockchain industry – TRON DAO Reserve, marking TRON’s official entry into decentralized stablecoins.

VRJAM Announces The Initial Exchange Offering Of Its Revolutionary Metaverse…