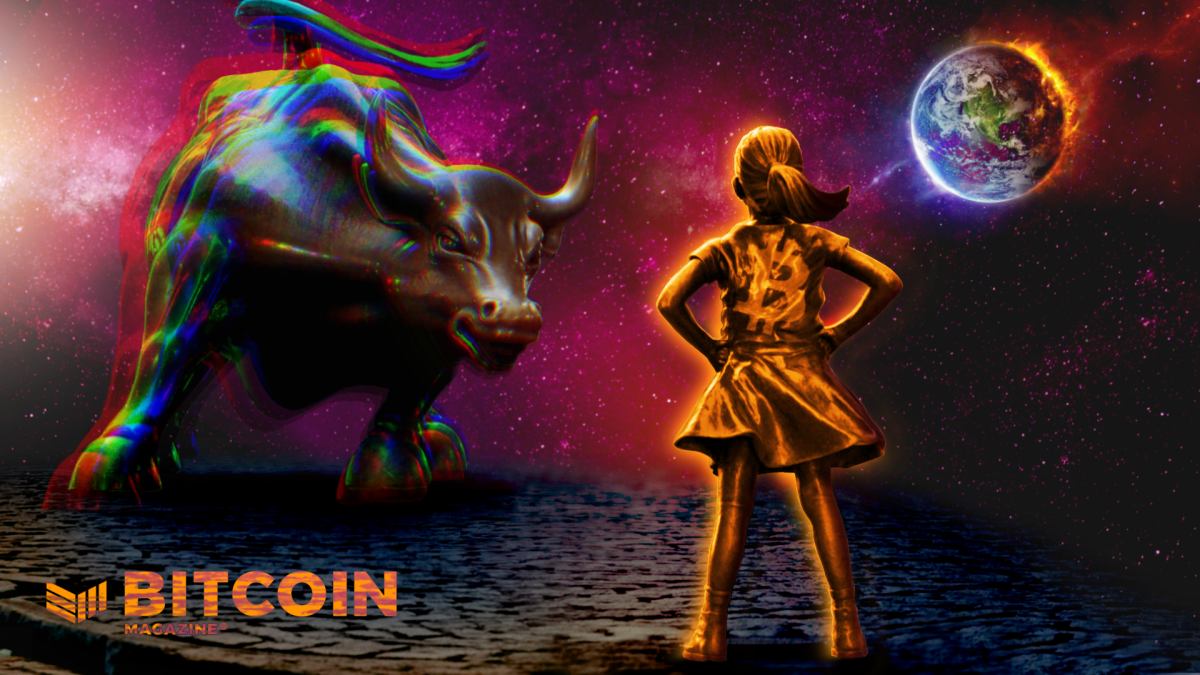 How Bitcoin Ends Injustice And The Importance Of Orange-Pilling Activists

Decoupling Exploitation From Gain: How Bitcoin Ends Injustice And The Importance of Orange-Pilling The Activist Community

Tens of millions of people in the United States consider themselves activist- and social justice- minded; individuals engaged in some form of work that is either directly or tangentially focused upon political/social change. Indeed, according to Gallup, some 40% of Americans see themselves as environmentalists. And a recent Case Foundation study (2017) reveals close to 1 in 5 millennials identify as activists in one manner or another.

Until we do a better job of addressing the Wall Street- and government-informed narratives around Bitcoin, and until we invest far more of our personal resources and time into demonstrating how Bitcoin promises a better world for all, these activists, these would-be change agents for good, will continue to fight battles that simply cannot be won — and those who suffer injustice will continue to do so.

People Are Hardwired For Justice

Any quick Google search that includes words like justice and equality reveals a human ecosystem in which concerns over exploitation and inequity permeate every nook of the human endeavor. Tweak the search just a bit and you will discover myriad organizations and foundations, Meetup groups and Facebook communities, centered upon righting all manner of societal wrongs. The data could not be clearer: people care.

People care about a broken criminal justice system and about the scourge of domestic abuse; people care about economic injustice and skyrocketing homelessless; people care about lack of access to affordable health care and about a fair wage for labor. Parents want their children to grow up in a world in which the air they breathe, the water they drink and the food they eat doesn’t make them sick. And people care about living in a country in which 40 million Americans, currently living in poverty, might find a way out of such a situation.

One of the extraordinary things about human beings is that we are programmed, hardwired, toward equity and justice. Yes, the manifestation of equity as a 21st century, politically-manipulated construct has repelled many, but that doesn’t change the fact that humans view fairness as essential to our interrelatedness. What is the primary complaint of any child who feels wronged by parents, teachers, friends? “That’s not fair!” Rarely if ever do you hear a five-year-old, after he has extracted a usurious fee from his pal for use of his Matchbox cars, defend his exploitation by telling his little buddy that, “Well, life just isn’t fair.” Yes these words, justice and equity, have become loaded in recent years, leveraged by ideologues looking to gain power and influence through emnitization of the other side. And still virtually everyone believes in the sanctity of a just world.

Bitcoin As The Apex Agent For Social Justice

I recently had dinner with an old friend. She is an activist, a warrior for women’s political and social justice issues. During our conversation my friend described to me the outrage she felt over her employer’s unwillingness to do the right thing vis-a-vis an alleged instance of sexual misconduct in the workplace. We agreed, upon further discussion, that the employer’s reluctance surrounded the issue of risk. My friend pointed out that, from her standpoint, the employer had their heart in the right place, but the financial risk involved in doing the right thing was simply too great. Moreover, we agreed that, under the umbrella of a monetary system in which social justice and equity appear extractionary, political opportunists can employ ideology as a tool to instill fear in those who might come to see moves toward equity as being unfair to them. And round and round we go.

The bottom line is this: social justice and equity will never exist in a fiat money world. The vast majority of people, institutions, nations, will only make the right decisions about the social good as long as it doesn’t extract money from their coffers. Moreover and quite dishearteningly, those who feel they have the most to lose, those with the most money and power, will go to extraordinary lengths to disempower those who seek justice and an equitable world. Bitcoin can fix this, but we have to prioritize our own activism by showing the tens of millions of political- and social-justice-minded souls just how this happens.

Back to dinner with my friend:

Toward the end of our evening together, I took some time to introduce to my friend the idea of Bitcoin as a catalyst for change. I had to do so carefully, as her stories around Bitcoin are incomplete and propaganda-informed and therefore very negative. So instead of going off on some evangelistic, philosophical rant (not a good way to approach orange-pilling someone who holds very strong political values), I simply shared a little bit about money and financial imperialism, and also about international remittance, Jack Mallers and Strike.

The thing about most activists is that they do recognize how injustice is not a single-issue phenomenon. My friend may focus the bulk of her attention upon women’s empowerment, but she also knows that corporate exploitation and a history of U.S. imperialism in Central America is real and is anti-human-rights and is part of the greater struggle for a just world. And so this story, Strike’s story, made tangible for her one way in which Bitcoin offers the world a way out of hell.

Tens of millions of American activists are searching for an answer. They are spending hours each week engaging in marches, protests, petition drives, lobbying efforts, letter-writing campaigns, bake sales; countless hours spent trying to change a system in which an ever-increasing number of people struggle, in which life is increasingly unfair.

This is not about ideology, and yet that’s the lens through which we have become programmed to see it: left versus right, democrat versus republican, liberal versus conservative – these are all artificial constructs perpetuated by those who benefit from such polarization and conflict. And at the heart of it all is a system of money that is extractionary and exploitative, a system that rewards othering and hatred and inequity, a system in which abundant resources are hoarded and confiscated out of fear and greed. Bitcoin can in time shift the monetary paradigm to one of mutuality, of cooperation, of shared resources and shared values – not political values, not ideology, but the one thing everyone seems to want … fairness.

Bitcoin does this by decoupling exploitation from gain. In a Bitcoin world – a world in which truth is verified by an inviolable network, a world in which cooperation and mutuality and global barter become normative, a world in which everyone comes to the global network as equals – extraction and exploitation no longer behave as the driving force of human action. In a most beautiful sense, we all become children again, imbued with a sense of wonder at a world suffused with joy and built upon a foundation of love. Those who seek to exploit gain not from such motives. They live on the fringes, sociopaths stuck in a purgatory of their own making.

A Call To Action

Today I will share this evangel with one friend, one individual from my circle of people who sees the world as somehow unjust, who is involved in political or social activism of one kind or another as their expression of a desire for a better world. We need these folks to understand Bitcoin as a righteous agent for change, for they possess a passion for justice, for equity, for fairness.

I hope you will consider my call.

This is a guest post by Dan Weinthraub. Opinions expressed are entirely their own and do not necessarily reflect those of BTC Inc or Bitcoin Magazine.

NFTs In A Nutshell: A Weekly Review | Bitcoinist.com