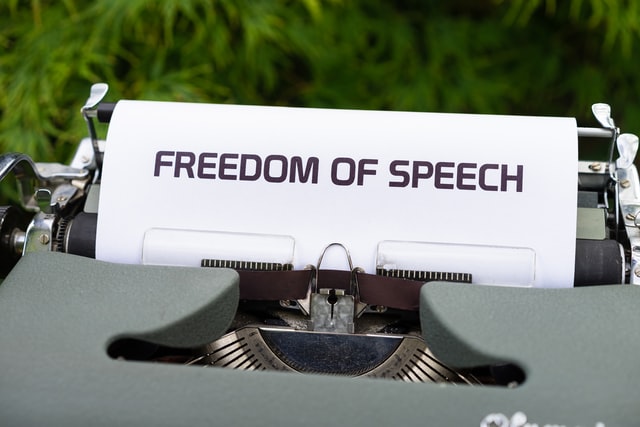 Here’s What Bitcoin And Joe Rogan Haven In Common

U.S. Senator Ted Cruz suggested that the narrative against bitcoin has a similar origin to the ongoing cancellation case of Joe Rogan, and the impositions against the Canadian truckers uprising. Moreover, the Senator fears that the Biden administration could destroy freedom of speech and technological innovation opportunities.

In the past few weeks, two major phenomenons have been making many big headlines: the demand to take Joe Rogan’s podcast out of Spotify, and the uprising of Canadian truckers.

Both scenarios have raised many questions on freedom and whether it is now facing a systemic danger.

In an episode of the podcast ‘Verdict with Ted Cruz’, the Senator claims that the case against Joe Rogan comes all the way from the White House and thinks that “This is not spontaneous, this is not organic, this is an organized assassination of speech,” which is born from fearing the reach of Rogan’s dissenting voice.

On the other hand, the Canadian ‘Freedom Convoy’ protests born in groups of cross-border truckers were raised as a response to the government’s mandate that requires them to be vaccinated against Covid-19.

The trucker convoy had a GoFundMe campaign that raised over $9 million, but the crowdfunding platform suspended the efforts and then returned the funds claiming they were in violation of the terms of service.

Then, a Canadian libertarian Bitcoin evangelists group called “HonkHonkHodl” created an alternative campaign on the Tallycoin platform, allowing supporters to send donations in Bitcoin, a censorship-resistant tool. This quickly became a strong leg for the protestor’s demand to not be silenced or controlled. They have currently received over $2 million in BTC donations.

Ted Cruz thinks that the Joe Rogan and Canadian trucker’s phenomenons would not have happened a year ago. To him, the cards played by the governments are similar to the U.S. hostile efforts to oppose cryptocurrencies in fear of losing the dollar’s monetary supremacy and the monopoly built on top of it.

Ted Cruz is a strong supporter of crypto. He holds that “Bitcoin is a powerfully revolutionary technology,” and believes that ” the same petty authoritarians who hate Joe Rogan, who hate the Canadian truckers, they hate bitcoin, and they hate crypto.”

Cruz sees a pattern in all of these events: authoritarianism like China’s. He thinks that U.S. Senator Elizabeth Warren opposes Bitcoin for the same reason China outlawed it, “neither one of them can control it” as it represents “the power of freedom to be not subject to the arbitrary whims of those in government power.” He believes they oppose Rogan for the same reason.

“[Bitcoin] It is a system of currency outside of the monopoly control of the U.S. government.”

As Warren claims that BTC cannot become a hedge against inflation due to its volatility, concerns over the growing inflation in the U.S. could quickly become stronger than concerns over bitcoin’s price swings.

Unlike the dollar, the digital coin is likely to keep increasing in value, and once it moves on from early years to maturity, that cited volatility could also begin to stabilize. In parallel, economies all over the world might do the opposite and head towards decay.

Cruz fears Biden’s administration possesses an actual threat. He believes they “could kill crypto” and destroy its opportunities in the country. For Cruz, opposing bitcoin could become a disaster for the future of the U.S. economy.

“it won’t disappear, but Washington is perfectly capable of sending the jobs overseas and sending that business overseas, I think that would be catastrophic.”