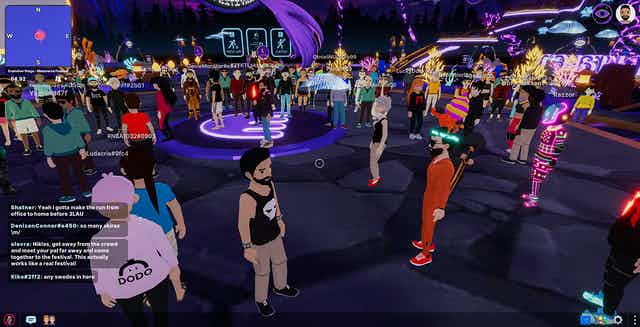 Metaverse Heralded As The Future Of The Internet Witnesses Sexual Misconduct | Bitcoinist.com

Metaverse is a simulated virtual reality that functions with the help of virtual reality and also augmented reality. This space was created to focus on socialization by primarily mimicking user interaction from the real world. Now imagine lounging in your pajamas and signing into the Metaverse, one avatar approaches you and passes sexually lewd comments, or worse tries to grope you in a way that is imitative of the real world. Yes, women have raised such complaints multiple times in the past year, so much so, that there has been a sharp hike from 15% to 25% over the past few years in the reporting of such incidents.

As Facebook envisions the successful launch of their metaverse and virtual reality social platform ‘Horizon Worlds, trouble has started to brew. Sexual harassment has seriously become commonplace in the Metaverse. Needless to mention sexual misconduct of any kind becomes in the Metaverse becomes twice as intense. Metaverse adds another layer to it as opposed to the traditional internet making it quite scarring for the victim.

Related Reading | Bitcoin Difficulty Reaches New Peak: What This Means For The Market

The Burgeoning Of Crimes In The NFT Market Place

It is not difficult to understand why exactly sexual predators have found a way to harass and threaten users on the Metaverse. The answer is fairly simple and straightforward, Metaverse in many ways is just a replication of the real world. These crimes continue to happen in the real world, perpetrators continue to get away with such behavior and victims yet again are left feeling vulnerable and powerless.

Virtual realities in a way make users feel that they are physically present in the particular space which often urges users to behave and think like they normally would. Why such impropriety is far more dangerous in the Metaverse is because there’s a good chance that the perpetrator might get away scot-free.

Regulatory measures have been on a rise in the cryptocurrency market and in fact, cryptocurrencies have suffered because of such measures. The NFT marketplace and Metaverse on the other hand have seen a considerable amount of active users. This has in turn shot up cases of bullying, threatening, stalking, and other forms of harassment.

The biggest tech companies such as Microsoft, Apple, and Google have all embarked on their endeavors to create metaverses. Even though such tech giants have sincerely invested in their efforts to create a virtual reality, concerns regarding safety still remain unaddressed. This brings us to a pertinent question which is, can the Metaverse ever be free of such miscreants completely?

Other forms of criminal activities have also been highlighted, for instance, “Rug Pull” which is a common way of swindling money has also been on the rise. A “Rug Pull” is a fraud promotion of an NFT asset on social media. After prices of the NFT have risen, the scammer sells the asset which makes the asset useless in terms of value.

Recently the South Korean media regulation agency has stepped in to protect Metaverse spaces in order to safeguard users from sexual harassment. Specifically, South Korea’s Communications Commission has decided to look into cases concerning minors. The council looking into this will address concerns relating to violence, inclusivity, and the obvious, sexual misconduct, and crime.

The Zen Of Knowing Your Opinion On Bitcoin Doesn’t Matter