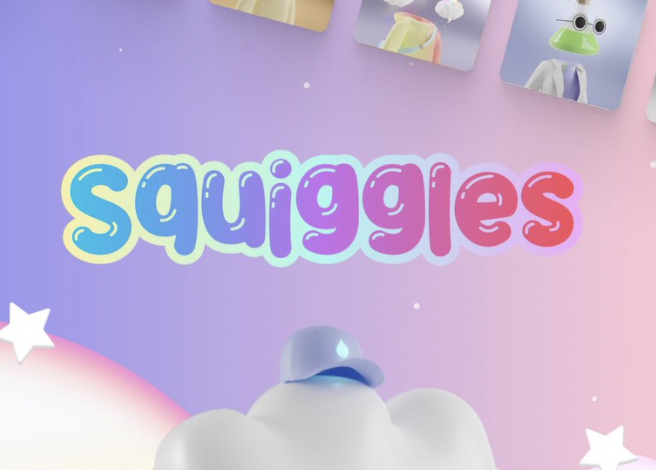 The crypto community is known to be particularly sleuth-y, and the NFT loyalists within that community are no exception. Throughout recent days, some detail-oriented individuals spotted some suspect behavior out of a new NFT project, ‘Squiggles.’

The NFTs have since been delisted from OpenSea, and as a project at large, Squiggles are likely to slowly fizzle out. However, while some signs of a ‘rug’ were quickly noticeable, others were much more discreet and tactical. What’s a rug in the NFT world look like? It’s pretty straightforward really: promise big roadmap executions, and carry no intentions whatsoever to execute on said roadmap. Close up shop on social channels, lock up community channels to reduce the noise, and move on to the next big hype project.

Let’s took a look at how the NFT community was so quick to catch on to this one, signal boost the details around this project being a potential rugpull, and the actions that followed.

Digging With Depth: A Detailed Report

With just hours leading up to Squiggles public mint, a 60-page “manifesto,” titled ‘Squiggles Rug Alert,’ circulated online and included extensive details about the project and it’s founders. The original document has since been de-listed from it’s host site. However, by the time all of this was unleashed, the project had already gained substantial steam, building nearly 1M followers in total across Discord, Twitter, and Instagram – and was merely hours away from the initial mint. The project had previously faced accusations of mirroring popular NFT project, ‘Doodles.’

We took a look at the manifesto through public-source internet archive tools, and it’s indeed a thick report. The document begins with listing a number of different “rugs by the same crew,” and deeply doxxes the alleged three founders (including one individual who is supposedly still just in high school) with claims that the trio have scammed over $10M from potential investors. The document includes dozens of various screenshots to back the claims.

The report closes with clear intent to track down the trio, stating “there is a 10-30% cash reward for information that leads to monetary sanctions collected by the SEC. If you wish for a cut of our reward money, stay out of our final report, or you must DM us info before the mint of Squiggles at 1pm EST.” All Instagram accounts associated with the individuals have been on private or deleted. At the time of publishing, only one co-founder Twitter account, @407, seemingly remains with the founder insisting that the project is not a rugpull.

Across Squiggles social channels, the account also maintains innocence, insisting that the project intends to move forward as a legitimate project with good intentions. However, other online sleuths have continued to find more and more troubles that don’t bode well for the forward-looking perspective:

BREAKING: @squiggles NFT used a series of shadow wallets to buy their NFTs and make it seem like it was selling well. only a tiny fraction of their sales are real.

Arsalan AKA amateur on instagram is a scammer! pic.twitter.com/SusbDOk4ho

Coffeezilla has gone on to explain that the project founders have utilized verified Twitter accounts to manipulate the social media platform’s TOS to get the manifesto releaser’s banned on Twitter, in an effort to minimize the chatter around the project being a rug. It’s clearly a deep, deep game. Some users have found immensely common tweets between Squiggles and new NFT project ‘doodleapeNFT’ (or ‘dape’) as well. A number of different users on social channels have claimed that they were quickly banned on the Squiggles Discord channel for simply asking questions surrounding this week’s controversy.

The Squiggles project has seemingly been delisted from OpenSea, according to a recent tweet on the project’s Twitter channel. The project was subsequently listed on LooksRare and still has a floor in excess of 0.3 ETH at time of publishing.

Hey Squiggles Community, we’re not sure whats up with OpenSea at the Moment, The Team is Investigating and will get back with you guys shortly about this matter, but from what its looking like is that OpenSea has Delisted all of our NFTs In Our Collection.

Rugs in NFTs are becoming increasingly common, so as always, be sure to ALWAYS do your own research, understand the risks at play in this space, and do your best to reduce possible bias when evaluating projects. A celebrity co-sign is NOT due diligence – look no further than prominent Twittery crypto sleuth account @zachxbt, as they have increasingly called out prominent individuals co-signing rugpulls, such as this recent Trippie Redd NFT project:

Discord deleted, hundreds of ETH raised, no tweets from the celebrity founder, and price almost at zero.

Can devs do something?!? pic.twitter.com/EM12LA5T0C

OnlyFans Jumps Into The NFT Profile Pictures Trend. Only Ethereum NFTs, Though | Bitcoinist.com