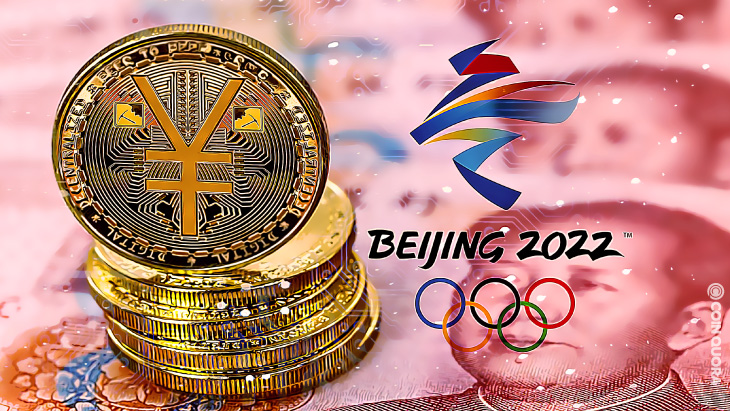 China’s Winter Olympic Digital Yuan Is Not Attracting The Locals And Foreigners | Bitcoinist.com

China debuted its homegrown digital yuan at the 2022 Beijing Winter Olympics on Friday last week, in an effort to assert its competency in the international community.

However, it appears that some locals, foreign visitors, and officials are not completely impressed with the digital token.

The digital CNY (e-CNY) was not widely used at the Winter Olympic venues and is dominated by other popular e-payment platforms like Alipay.

Another attendee whose identity was withheld by the Beijing Business Today said that “foreigners” were leaning more to using Visa cards.

Despite these negative impressions, China has already pushed for every wallet to be set in place for the games – ranging from smart cards with NFC technology, RMB-themed promotions, to other digital payment options.

While the government is resolute with this move, the People’s Bank of China is admittedly hesitant with the total enforcement of virtual currencies. Since cryptocurrencies are banned in the country because of financial instability and corruption, digital currencies are controlled by the central bank.

Another issue regarding the e-CNY is its privacy matters. The level of security and safety nets of digital wallets vary depending on the type that users choose, Eswar Prasad, an economics professor at Cornell University, said.

“Anything digital is ultimately going to be traceable. Because no central bank really wants its money to be used without auditability and verifiability of the transactions,” Prasad said.

The Future Of E-CNY

In the face of all these issues, the e-CNY is not going anywhere.

Chinese tech giant Alibaba has even released a Winter Olympics-themed non-fungible token (NFT) which they call “digital collectibles.” These were launched in private blockchains and were prohibited from being re-sold.

These digital collectibles will be sold through Taobao and Tmall marketplaces until the end of the Olympics on February 20.

Related Reading | China’s Digital Yuan Wallet Deployed For iOS And Android, All Set To Launch In 2022?

Wells Fargo Says It Is Not Too Late to Buy Bitcoin