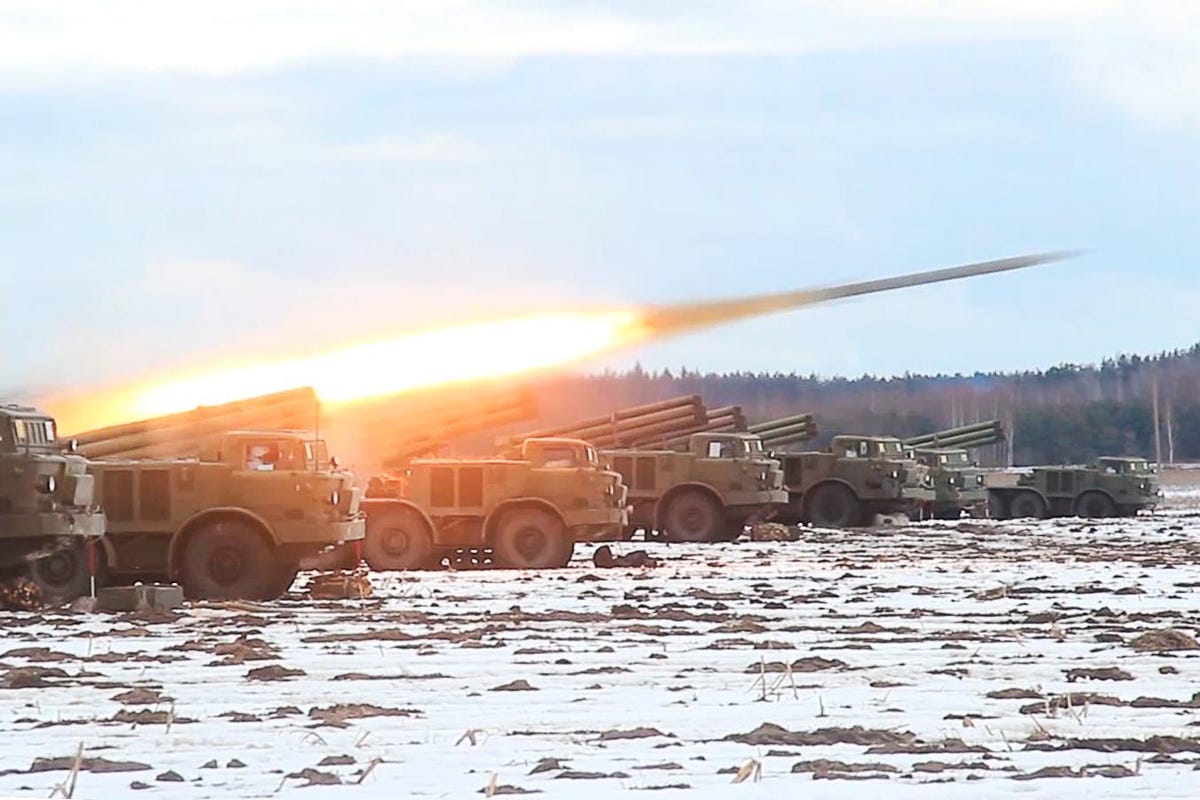 As the attack on Ukraine by Russia commenced as expected in the early hours Thursday, US and world leaders scurried to denounce Russia, warning of harsh consequences for its actions.

Russian troops launched their predicted onslaught on Ukraine, ignoring international condemnation and sanctions and warning other countries that any effort at interference would result in “consequences you have never seen.”

According to CoinMarketCap data, the total cryptocurrency market value has decreased by almost 5% during the last 24 hours, to $1.6 trillion.

A significant portion of such losses occurred in the early aftermath of the Russian attack. Bitcoin fell from a high of $37,000 to below $35,500 in less than 30 minutes.

Statements Made By Some Of The World’s Leaders

“Bring your troops back to Russia, President Putin, in the cause of humanity. Allow not to commence in Europe what could be the worst war since the turn of the century, in the name of humanity.”

“I categorically denounce Russia’s military actions in Ukraine. Russia’s actions are directed towards Ukraine, but they also constitute an attack on the entire European security order.”

“Putin has just launched an attack on Ukraine on a large scale. Ukraine’s peaceful cities are under strike. This is a war of aggresson. The world must stop Putin. The time has come to act.”

“I vehemently oppose Russia’s reckless war on Ukraine, which jeopardizes the lives of untold civilians. This is a flagrant violation of international law and a severe threat to the Euro-Atlantic security community.”

“Today is a grave moment for Ukraine and the United Nations’ founding ideals. We and our partners have made it quite clear that Russia’s actions will have consequences.”

Meanwhile, it is not just the cryptocurrency markets that are shaken. Today, the US stock markets resumed their descent into correction territory, with the Dow Jones Industrial Average falling nearly 2%.

Asian markets, which were open at the time of Putin’s speech, are also reacting; the Nikkei is down 1%, while China’s Hang Seng Index is down more than 2%.