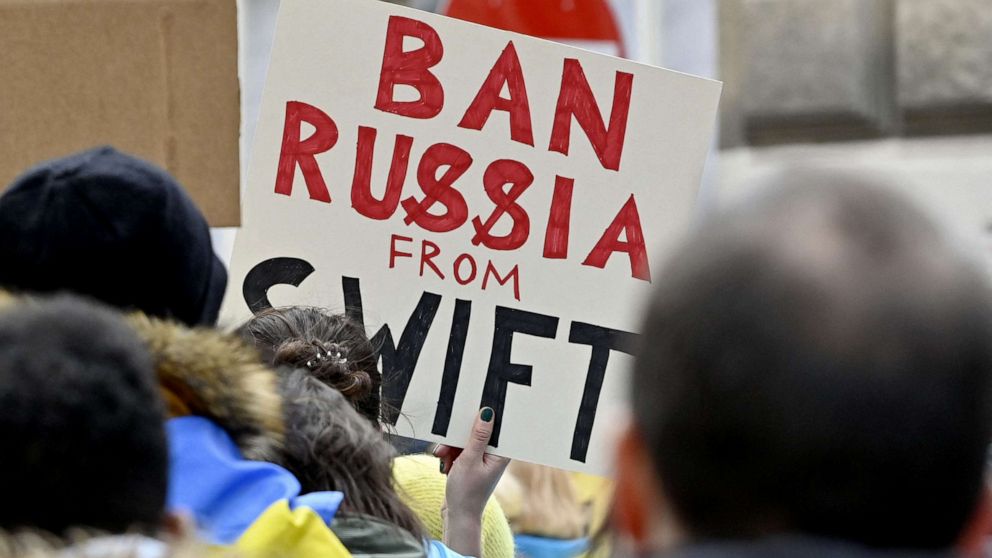 Russia Said SWIFT Ban Could Be Tantamount To A Declaration Of War | Bitcoinist.com

Russia’s invasion of Ukraine triggered a cascade of consequences that were rapidly felt throughout the world.

Apart from property and human life, global finance – and cryptocurrency in particular – took a significant hit.

On Saturday, the US and its Western allies blocked certain Russian banks’ access to the SWIFT international payment system, ratcheting up the pressure on Moscow as it continues its military attack on Ukraine.

The measure is intended at seizing the Russian economy’s central bank reserves and cutting off some Russian banks from a critical global financial network.

The acronym SWIFT stands for the Society for Worldwide Interbank Financial Telecommunication.

More than 2,000 financial institutions in more than 200 countries, including Russia, rely on the secure messaging system provided by the Belgian-headquartered co-operative.

Daily, the SWIFT banking system transfers tens of billions of dollars between more than 11,000 banks and other financial institutions worldwide.

The central bank constraints are aimed at restricting access to the Kremlin’s over $600 billion in reserves, obstructing Russia’s capacity to maintain the rouble as it depreciates in response to intensifying Western sanctions.

According to US authorities, Saturday’s actions were designed to throw the rouble into “free fall” and foster surging inflation in Russia.

The SWIFT Ban’s Connection With Crypto

The market capitalization of all cryptocurrencies has fallen by $200 billion in the aftermath of Russia’s invasion of Ukraine, a decline of more than 12% in the last 24 hours.

The crash comes just four days before the United States and European Union agreed to inflict the most severe financial penalties yet on Russia for attacking its neighbor.

Many of the crypto industry’s biggest and most established cryptocurrencies have been deep in the red even before the announcement of the SWIFT ban.

According to market tracker Coingecko.com, Bitcoin plummeted to its lowest level since January 24 below $35,000 before edging marginally above that threshold.

Punishing Russia with a SWIFT choke could have broad ramifications for the crypto space. In the eyes of some proponents, it could dampen their enthusiasm to invest.

If Saturday’s actions are as severe as described, the resulting economic dislocation could result in domestic political unrest for Russian President Vladimir Putin.

The SWIFT cutoff has the enormous potential to spread the pain of Western reprisal over Putin’s atrocities far more widely than earlier rounds of sanctions.

And for the part of cryptocurrencies, any disruption in the global finance market means a disturbance in the normal flow of trade in the crypto space as well.

There are so-called sentiments to be wary of and appease — and these are fragile and unpredictable.

It Could Be Worse

When Russia invaded and annexed Crimea in 2014 and supported separatist forces in eastern Ukraine, countries on both sides of the Atlantic considered the SWIFT option.

Russia declared at the time that being booted out of SWIFT would be tantamount to a declaration of war.

Ukraine Asked For Donations Through Bitcoin, Ether And Tether | Bitcoinist.com