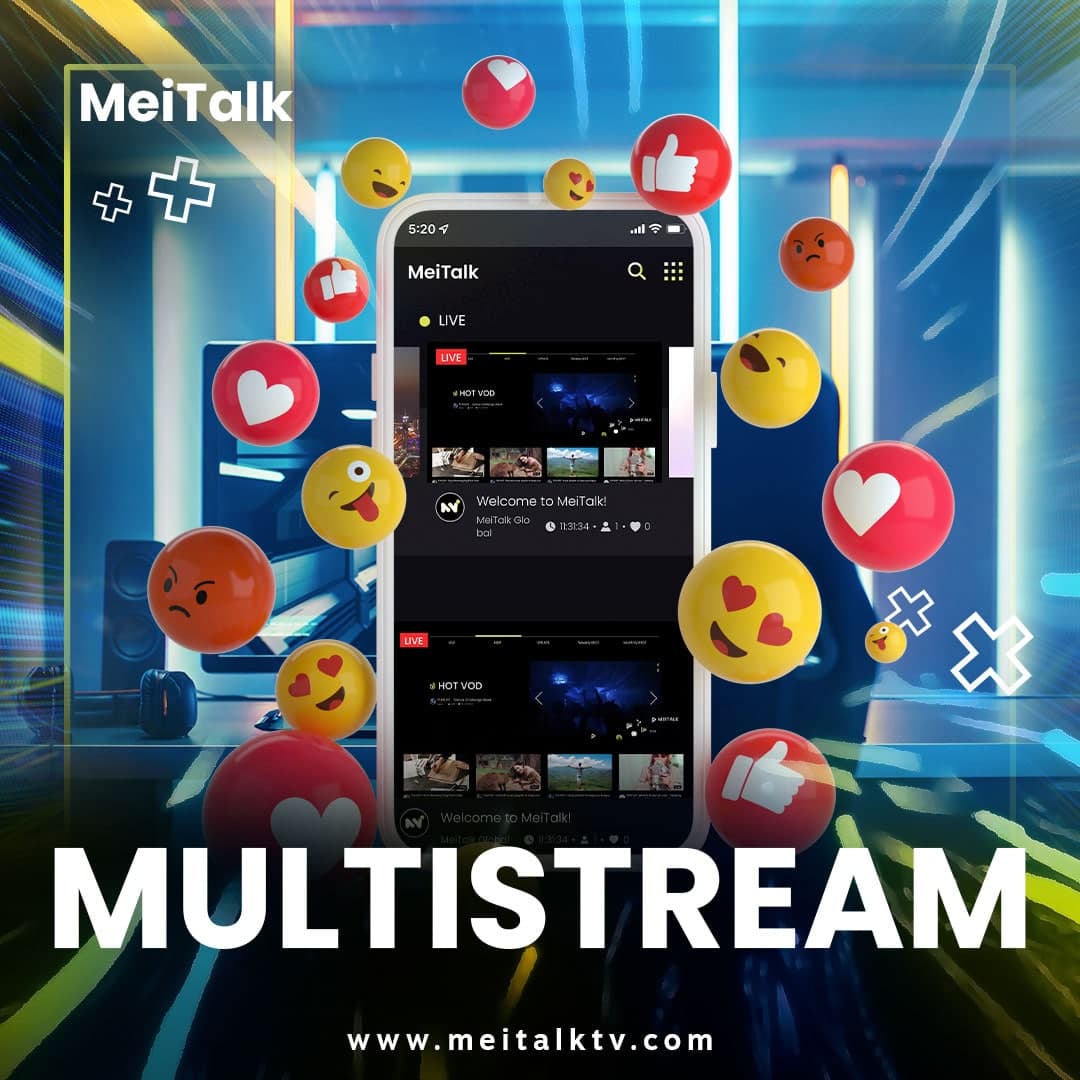 StreamCoin CEO Michael Ein Chaybeh hosted a live AMA session on the 16th February 2022 on MeiTalk which was simultaneously multicasted to their official YouTube and Twitch channels. The AMA session was seamlessly live-streamed over the channels, where the CEO gave information regarding the ongoing StreamCoin ICO, its referral program, MeiTalk, and its features.

StreamCoin Telegram community members were provided with the opportunity to send their queries prior to the live event. CEO Michael Ein Chaybeh took the time to clarify each doubt and provided information regarding some of the most commonly asked questions. He further took time to answer some queries which were poured in via the live chats. Among which one was regarding the coins listing on well-known exchanges. Michael stated that the non-disclosure contract between the company and the exchanges did not permit them to disclose the exact date however he hinted that StreamCoin would be listed on over 100 exchanges within the first week of May.

Viewers were inquisitive about StreamCoin, questions regarding its conversion to fiat and price prediction, mainnet of StreamCoin, and burning of StreamCoin were put up. Michael informed viewers that StreamCoin, had no tax and that it could be converted into fiat just like any other cryptocurrency, on respective decentralized exchanges. He predicted the price of StreamCoin to go up to $1.3-$3 after the listing. He further went on to exclaim that the unsold tokens from the public sale will be burnt along with a similar amount from the team allotment. The CEO disclosed StreamCoin is scheduled to run on its own mainnet in the coming 2 to 4 years.

Michael was confident about the features of the latest live streaming platform MeiTalk, explaining that the platform currently supported OBS studio. He told the viewers that MeiTalk provides streamers and viewers with many opportunities to earn which include, endorsement by viewers, watching adverts, and the NFT-ing of videos at the NFT marketplace.

The CEO gave details of the ICO referral program. The referral program, which can be accessed through the StreamCoin website, has no limit and the code can be shared with as many people as possible. The ICO and its referral program started on February 1st , will end on April 30th. Currently, StreamCoin has a partnership with Real Research, viewers of the live streaming session were inquisitive about it, which Michael assured was being continued.

The 50 minutes session was the second AMA of StreamCoin. CEO Michael Ein Chaybeh helped clear many doubts of community members. He informed viewers of his participation at the World Live Streamer’s Conference that is being held in Dubai on March 25th and 26th 2022.

Through Fundraising And Financial Revolution, Bitcoin Has Forever Changed Lives On Isla Tasajera