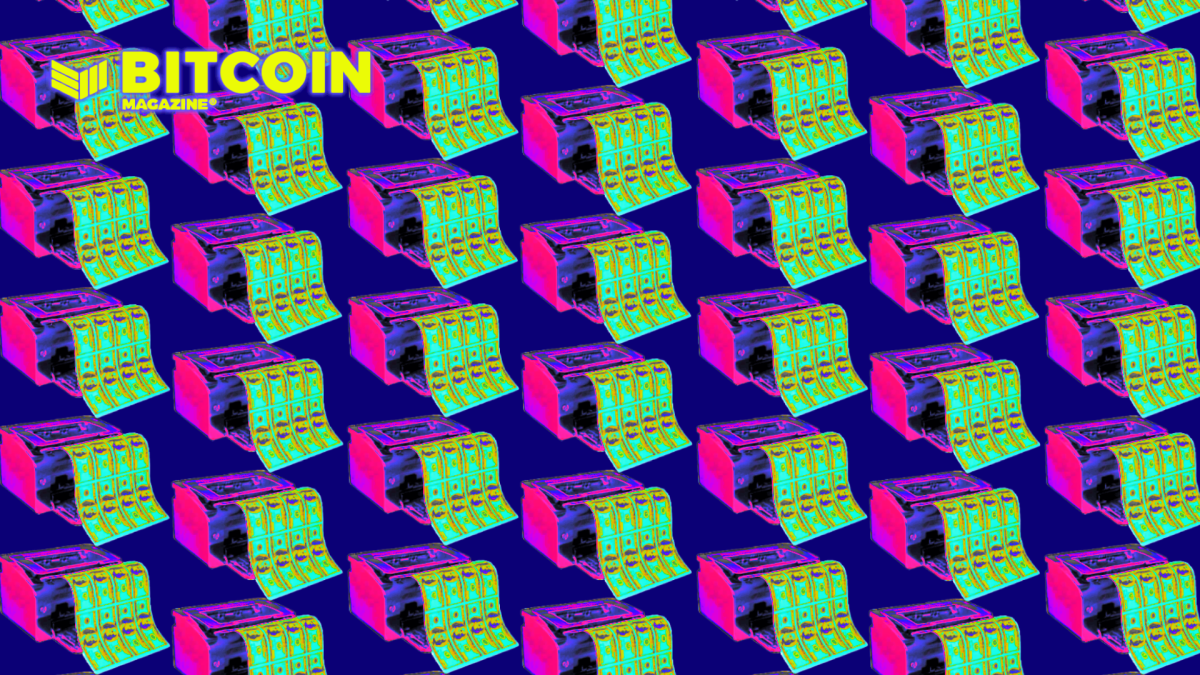 In this episode of Bitcoin Magazine’s “Fed Watch,” CK and I caught up on the Freedom Convoy donation situation, dissected Jon Stewart’s wake up call with former Fed President James Hoenig, the Fed signaling around CPI and the emergency FOMC meeting and, lastly, the scandal that is brewing around Sarah Bloom Raskin’s nomination being delayed. This is a longer episode where we just let the conversation go where it wants to.

“Fed Watch” is a podcast for people interested in central bank current events. Bitcoin will consume central banks one day, understanding and documenting how that is happening is what we are about here at “Fed Watch.”

The donation drama around GoFundMe and GiveSendGo has now spilled over to the Bitcoin fundraiser on Tallycoin. As a quick update, GiveSendGo refused to comply with the Canadian court order to freeze the Freedom Convoy funds, however, when it distributed some of the funds to Canadian bank accounts, the funds to the peaceful protestors were frozen on the bank’s side. This highlights the multiple layers of censorship that the legacy financial system has, and the need for bitcoin.

The honkhonkhodl fundraiser is also running into a few hiccups due to the illegal invocation of the Emergency Act in Canada. The fundraiser had to be stopped because the public faces of the campaign could become targets of the out-of-control Gestapo government up there.

Overall, the Tallycoin fundraiser was a great success and the community learned some very important lessons. The keys to the bitcoin have now been distributed and sending of the funds to the protestors has started.

There was also a hack of the GiveSendGo campaign which doxxed 90,000 donors, the amounts they donated, and other personal information. It showed that roughly 45% of the funds came from Americans, not Canadians. This opened the door for dishonest rhetoric from the government calling it “foreign funding” of an insurrection, instead of just Americans and Canadians coming together for freedom. This rhetoric fits into the mold of the “Russia hoax” and is a sign of a government that has totally abandoned its duty to serve the people.

On the show, we watched a clip of former Kansas City Fed President James Hoenig trying to explain money printing to Jon Stewart. It’s absolutely hilarious to watch Stewart being red pilled on the financial system in real time.

I believe that Hoenig is attempting to explain it all in good faith, but made a couple of mistakes. One, he said the Fed is the only source of money printing. That is empirically false and misleading, because commercial banks are the source of money printing when they make loans. The Fed only prints reserves, an illiquid asset. Two, Hoenig said that bitcoin is faith-based like the dollar. Instead, bitcoin is not faith-based debt like the dollar, it is a real form of commodity-backed money.

The part Stewart cannot wrap his head around is that if the Fed prints money, why can’t it print money to pay off all of our government debt? It’s a very important question. Hoenig tried to explain that all it can do is an asset swap (quantitative easing), where it trades an asset (the debt it is trying to get rid of) for a reserve (an illiquid replacement asset, not real money). This is confusing because Hoenig said it prints money in one breath and then says it doesn’t print money, it prints debt, in the next.

The January CPI print sent shockwaves through the markets this week. Immediately, the market began pricing in an inter-meeting rate hike, and a 50 basis-point hike at the March FOMC meeting. The Fed played along, calling an emergency meeting that occured on February 14, to discuss the situation. By that time, however, the market had settled down and was no longer pricing in the inter-meeting hike.

There is general agreement among FOMC members that a March rate hike is appropriate, but that is about all that they agree on. They are in the same boat as everyone else, watching the market and waiting.

My latest article on Raskin was well timed. We discussed the growing scandal that Senator Lummis bravely started in the Senate Banking Committee hearing last week, and which now has led to, at least, a delay in Raskin’s appointment. From my article:

“The real fireworks started at the 1:55:50 mark, when Senator Cynthia Lummis of Wyoming, a friend of Bitcoin, took the mic and absolutely grilled Raskin about Federal Reserve master account access, and her possible indecent connection to the one and only fintech company with a master account, which received that master account while Raskin was on its board in 2018.

“Lummis laid out compelling circumstantial evidence that Raskin served at the Fed from 2010 to 2014, then the Treasury from 2014 to 2017. After her time in government, she joined the board of Reserve Trust in Colorado, which was denied a master account in 2017, but then was granted a master account after Raskin made a call to the St. Louis Federal Reserve on its behalf.

“Again, it’s important to note that it is the only non-bank to be given that honor, even as dozens in Lummis’ home state of Wyoming have failed to make headway in the last two-and-a-half years. A year after the master account was secured, Raskin left the board, bought out for $1.5 million. Mic drop.”

Raskin is a globalist pick who promises to bring a progressive political bent to the Federal Reserve. She is friends with bitcoin enemy Senator Elizabeth Warren and is the wife of highly-partisan Jamie Raskin. The delay of her appointment is a silent battle in the informal fight between the globalist progressive Davos crowd and the nationalist-oriented crowd, which Powell represents. That’s my take on things at least.

This is a guest post by Ansel Linder. Opinions expressed are entirely their own and do not necessarily reflect those of BTC Inc or Bitcoin Magazine.

Ariva Wonderland Offers Experiences That Will Redefine The Metaverse | Bitcoinist.com