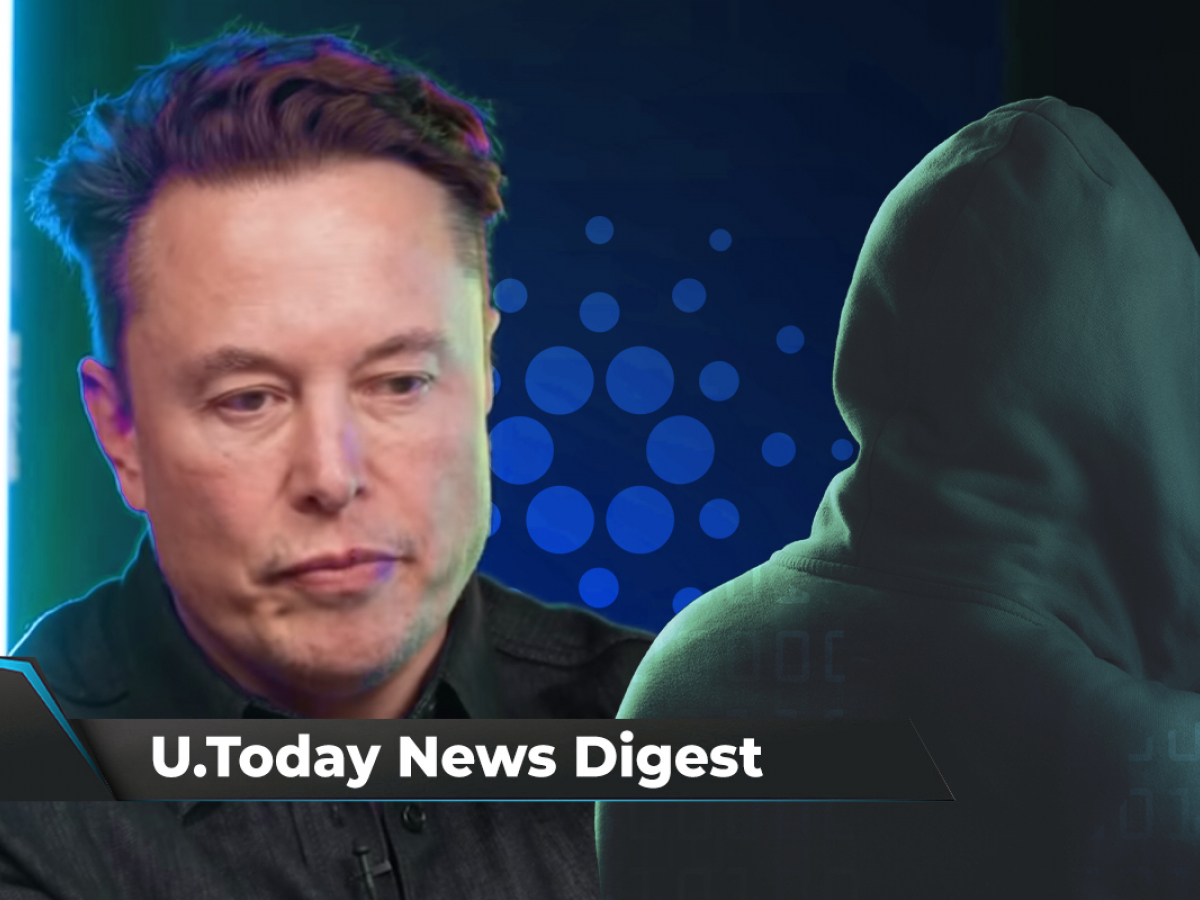 Even 10 years after mysterious Bitcoin creator Satoshi Nakamoto disappeared, people still continue to speculate about his (or her?) real identity. Former SpaceX intern Sahil Gupta is not an exception. Six days ago, he published a blog post stating that he is now “nearly certain” that Musk is the Bitcoin creator. What reinforced Gupta’s conviction was a 2017 phone call with Musk’s former chief of staff, Sam Teller, during which the latter did not give an immediate response when asked whether the Tesla CEO is Satoshi.

Today, Elon Musk once again denied all of the rumors and fingered cryptographer Nick Szabo as a possible Satoshi Nakamoto candidate.

Yesterday, PeckShield issued a warning regarding a Floki Inu knock-off, Snowflake Floki, urging users to stay away from it. As reported by the blockchain security firm, the meme coin in question turned out to be a honeypot scam, meaning that it traps traders into buying tokens while disabling the ability to sell them.

Snowflake Floki went live on PancakeSwap on Monday, with some followers noticing it as a red flag right away.

1.14 billion SHIB burned in single week by these projects

With more companies joining the Shiba Inu burn initiative, the destruction of SHIB tokens is gaining steam. The “SHIBtyme” Twitter account reports that between Dec. 12 and Dec. 26, a total of 1.14 billion Shiba Inu were taken out of circulation. The account also gave shoutouts to Bigger Entertainment, its founder Steven Cooper and vEmpire DDAO. The first, Bigger Entertainment, is known for organizing regular SHIB burn parties; during the latest one on Dec. 26, almost 240 million SHIB tokens were burned.

ADA might be set for an explosive rally, IOHK CEO says a dozen Cardano-based initiatives are set to debut in Q1, 2022

Cardano founder Charles Hoskinson posted a tweet in which he explained the recent achievements of the company. From Jan. 1 to date, Cardano records 178 projects built on its website; 13 projects were launched this quarter, while three are about to debut in Q4. In the first quarter of 2022, Cardano expects to launch 11 more projects.

The company’s native asset, ADA, has been rallying since mid-December, attaining highs of $1.594 in the prior session. ADA/USD steadily climbed higher, trading six days consecutively in the green. Thus, the ADA price might be set for an explicit rally amid growing fundamentals.