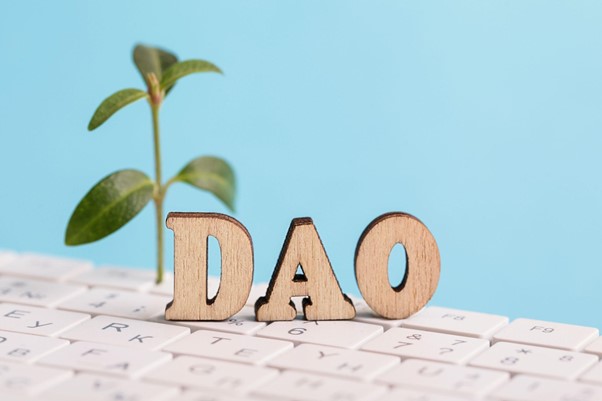 DAOs Are Having a Moment, But Are They Ready for the Mainstream? | Bitcoinist.com

DAOs are either a revolutionary concept set to define the virtual, leaderless organizations of the future, or a dystopian construct fraught with existential and self-destructive challenges, depending on whom you’re talking to. Over recent months, DAOs have emerged from a niche corner of the cryptocurrency space to make mainstream headlines thanks to projects like ConstitutionDAO.

But DAOs have an unfortunate history of technical and governance failures. Is now really the right time for DAOs, or will the fundamental challenges in setting up a successful DAO means the concept fails before it’s even made it off the ground?

The first major incident involving a DAO happened in 2016. A project called The DAO was set up to crowdfund new initiatives on Ethereum and had managed to accumulate over $150 million from investors. An unknown hacker managed to find a vulnerability in the underlying smart contract and siphoned off $60 million worth of ETH.

The move divided the Ethereum community, some of whom favored reverting the blockchain to reinstate the stolen funds, while others took the position that “code is the law.” The former group won out; however, the latter decided to fork the blockchain, creating Ethereum Classic.

The story has recently resurfaced, as investigator Laura Shin has been covering it for a book and believes she’s identified the hacker using a previously secret analytics tool from blockchain security firm Chainalysis. In any event, the incident highlighted one of the biggest challenges in managing decentralized communities – establishing off-chain governance that can achieve consensus. However, it also somewhat damaged the idea of a DAO, as only a small handful of projects continued operating with the term DAO attached to them.

In March 2020, another DAO-related incident shook the crypto community when the world’s markets crashed due to the pending Covid crisis. As Bitcoin and Ether also took a nosedive, the value of funds locked in the smart contracts underpinning the DAI crypto-backed stablecoin also fell, resulting in a crisis where there wasn’t enough collateral to back the loans, and positions became automatically liquidated.

While many dubbed the incident a “black swan,” others were quick to point out that MakerDAO, which maintains the DAI protocol, didn’t have any crisis governance processes in place. MakerDAO has since put these in place, but the incident further underscored the deficiencies in the DAO model.

Most recently, several other incidents have revealed flaws in the DAO model. In mid-February, an unknown entity managed to buy enough tokens in Build Finance DAO to pass a proposal that would allow them full control over the project’s treasury, effectively enacting a hostile takeover. Another project, FortressDAO, was also recently taken over by the developer who built it, who seems disinclined to reinstate the “decentralized” part of his creation.

In the last few days, a DAO-launched bid to buy the Denver Broncos could be the biggest initiative yet. But as one publication pointed out, it could end up being quashed at the whim of NFT commissioner Roger Goodell.

All of these issues point to fundamental governance challenges that would be a deal-breaker for many non-crypto investors. Arguably, the first two cases were unpredictable, but anyone who’s watched the hit TV show Silicon Valley understands the risk of a 51% attack in software terms.

So far, nobody has come up with a silver bullet that solves the issues in DAO governance. It’s likely that a single solution doesn’t exist simply because each DAO could potentially face different types of governance issues depending on the nature of the project itself.

From this perspective, it’s intriguing to examine some of the mechanisms that project founders are embedding into their DAO governance to protect the future of the projects. For example, DropsDAO is a project that provides loans to users who wish to use NFTs and DeFi assets as collateral, using the same principles as Compound. The DAO token is called DOP, and if someone wants to use it to participate in DAO governance, they have to lock DOP to mint another token called veDOP.

To incentivize participation in governance, DropsDAO links the inflation rate of new DOP tokens to the amount of DOP locked veDOP, thereby incentivizing the DAO participants to remain active or the supply of new tokens paid as rewards dries up.

GoodDollar, the protocol sharing Jack Dorsey’s vision for a crypto-based universal basic income (UBI), is another project adopting a novel approach to DAO governance. When it launched GoodDAO and GOOD tokens, it defined two unique attributes designed to incentivize positive participation. Each GOOD token only ever carries one vote that’s not transferable, and tokens have a market value of zero, removing any financial motivation to attack the protocol.

There are limited ways to earn more GOOD, either by staking GoodDollar tokens paid as UBI to the GoodDollar Trust or staking to the GoodDollar protocol itself. Any GoodDollar community member controlling more than 0.25% of the GOOD supply can make a proposal, while any GOOD holders can vote. Proposals must pass a particular quota to become enacted.

Finally, FriesDAO is taking yet another approach that’s so far remained relatively untested – testing out DAO governance to see how it performs in a real-world environment. The project bills itself as a “decentralized social experiment” where a crypto community crowdfunds the purchase of fast-food franchises. While it doesn’t offer any actual equity ownership due to securities regulations, it does offer the chance to participate in the direction of the DAO and in which franchise it invests.

While this doesn’t solve any specific governance challenges in and of itself, FriesDAO will serve as a proof of concept for how DAOs can work as a community initiative anchored in the real world, with real-world consequences. It’s possible this model could create new governance dynamics beyond what we’ve seen play out in cyberspace.

The challenges of DAO governance are complex and likely to persist for some time yet, simply because the concept of the DAO is so new and relatively unexplored. However, as the ideas of decentralized governance take hold and reach bigger audiences, it’s inevitable that we’ll see further innovations emerge. As such, it’s still a relatively safe bet that DAOs are here to stay, even if they’re only at the beginning of their evolution.