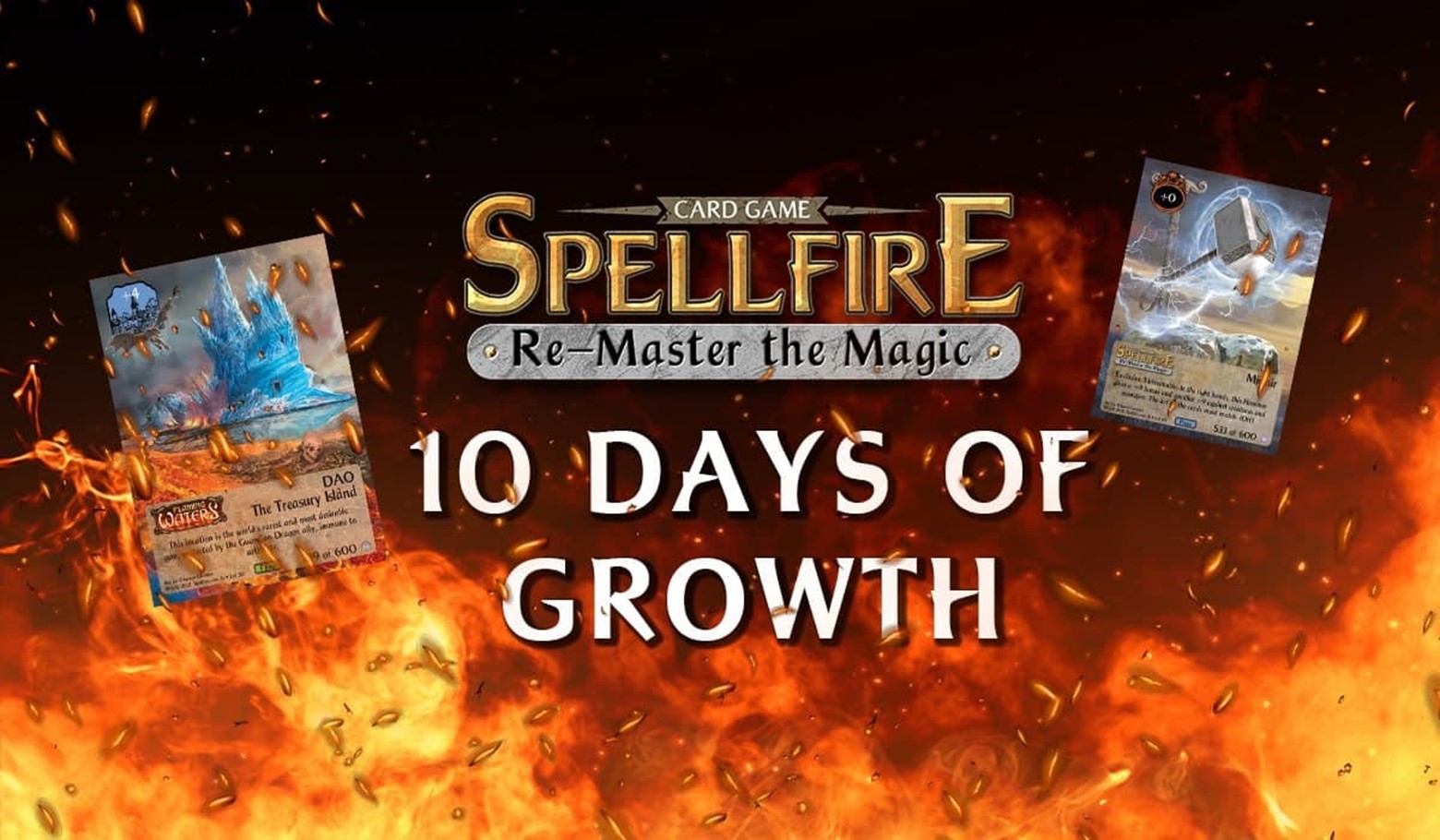 Spellfire has packed 30 years of history into an amazing experience and combined it with the latest trends of tomorrow. Defining the future of NFTs and adding new standards to collectible card games has become the core aims of game developers.

St. Valentine’s day has marked an important date in the game’s development. “Massive news for 10 days in a row starting now – celebrities, MV integrations, leaks – be the first to know!” has appeared in their social media channels and made all their fans keep a close eye on the progress, also looking at the green candles appearing in $SPELLFIRE charts.

Spellfire has worked, grown, developed, and made many partnerships and deals in recent times. The game’s development has reached incredible speeds and is almost ready to be shown off. The best news was packed in the ‘10 Days of Growth’ sprint that has just started promising amazing developments every day.

New NFT’s, celebrity backers, in-game partnerships, sneak-peaks, integrations of the game, and of course – massive rewards for the hodlers is just the beginning they say. Definitely worth watching the calendar for fans of the game.

Here is what they have offered so far:

Re-master the Magic is the best Spellfire has ever been! New cards, new mechanics, and new ways to play keep it fresh for both new and established audiences.

The Pros, Cons And Possibilities For Bitcoin’s Discreet Log Contracts

Simple Steps You Can Take To Help Further Bitcoin