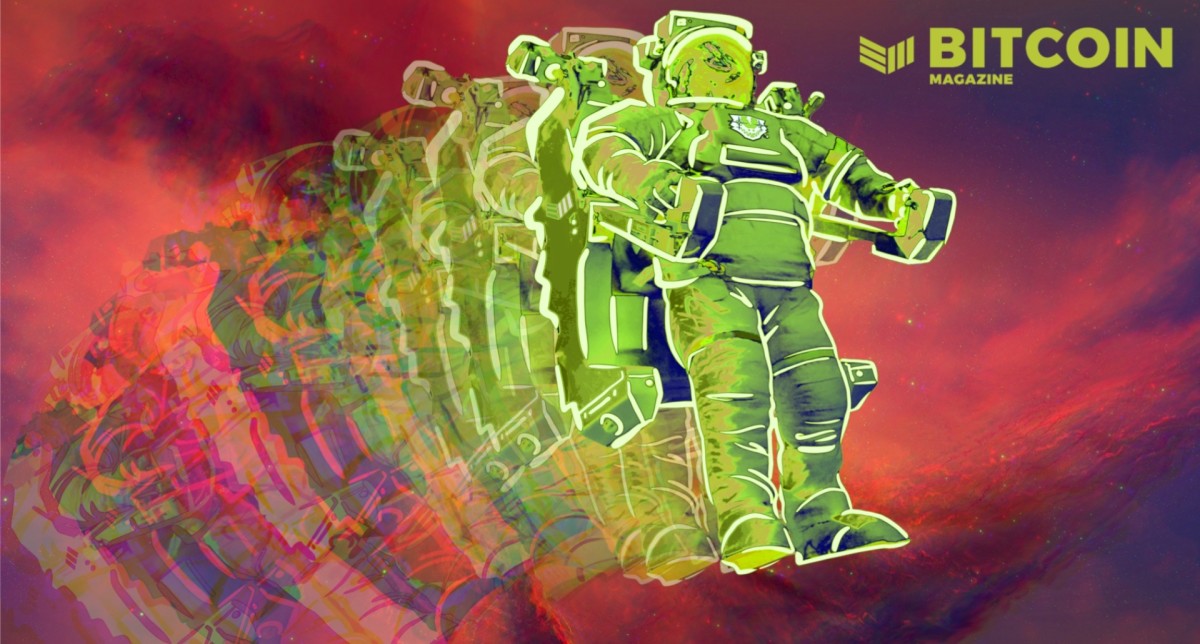 Bitcoin Had Its Best Year Ever In 2021

“The sharp increase in inflation over the past year has blindsided many economists. Almost no one saw it coming.”

For me, this headline sums up the fiat clown world of 2021. For Bitcoiners, “brrr” has summed up the insanity of current monetary policy for a long time, and none of us are surprised in the least to see it culminate in serious inflation.

The disconnect between sanity and policy, between truth and propaganda, has never been bigger in my lifetime, than it became in 2021. The importance of Bitcoin has, as a consequence, never been more obvious than right now.

2021 has been the biggest year yet for Bitcoin, as I expect every year in the foreseeable future will continue to be. It has been a year that once again underlined the importance of low time preference, zooming out and having conviction, or “HODL” for short.

The bitcoin price is up by around 70% since the start of the year, but this is not the only number that has gone up. Bitcoin has continued to mature as a medium of exchange through strong growth and innovation on the Lightning Network.

The number of Lightning nodes and channels have more than doubled, going from about 15,000 to 31,000, and from about 36,000 to 82,000, respectively. Even more impressive, the total capacity of the network has increased from less than 1,000 BTC to nearly 3,300 BTC, according to Bitcoin Visuals. Measured in USD, more than five times as much liquidity is now present on the Lightning Network compared to one year ago.

Thanks to the Lightning Network, bitcoin is now being used more than ever as a payment method, an actual means of exchange. As an example, our own company, Citadel21, now processes the large majority of its sales through Lightning.

2021 has also been the year where streaming payments through the Lightning Network has become a proven, working and implemented technology. Great Lightning applications like Breez and Sphinx now facilitate real-time streaming of sats while listening to podcasts, paving the way for a new way of monetization; “value for value.” Great progress has also been made in using Lightning as a streamlined way to authenticate yourself online.

Gigachad Michael Saylor has once again been leading the charge when it comes to public companies putting bitcoin in their treasuries.

MicroStrategy more than tripled its bitcoin holdings in 2021, and is currently holding a staggering 122,000 BTC. Tesla still holds its 43,000 BTC purchased early in the year, but CEO Elon Musk has since fallen from grace among most bitcoiners after his massive shilling of a dogshit-coin and contributing to the bitcoin mining FUD with less-than-honest statements on the environmental impact of mining.

The growing legitimacy of holding bitcoin on your balance sheet was also exemplified by Norwegian industrial and energy giant Aker, purchasing more than 1,000 btc through their new bitcoin company Seetee.

Coinbase did a direct listing, and got listed on Nasdaq in June at an initial market cap of $85 billion. The first U.S. bitcoin exchange-traded fund (ETF) also started trading this year, when the ProShares Bitcoin ETF went live in October.

Many people in legacy finance probably saw these events as big developments, but personally I don’t see them as important or positive for Bitcoin. They’re not negative either, of course, because Bitcoin doesn’t care.

In June, the much-anticipated protocol upgrade, Taproot, locked in, after reaching 90% miner signaling within a difficulty period. On November 14, at Bitcoin block 709,632, it activated, meaning Bitcoin had successfully completed its most important upgrade since SegWit in 2017.

Among other things, Taproot moves Bitcoin from a cryptographic scheme using ECDSA digital signatures to Schnorr signatures, making verification of complex multisig transactions much faster. It promises to further improve both privacy, security and scale of Bitcoin transactions.

China spent 2021 making what could prove to be one of the biggest economic and geopolitical mistakes in history.

The Bitcoin hash rate had climbed steadily, going from about 140 exahashes per second (EH/s) at the start of the year, to an all-time high of more than 180 EH/s in May. At that point, China was the uncontested global superpower of bitcoin mining, estimated to be responsible for around half of the global hash rate.

Rumors started floating that China was going to crack down on mining, and in June, regulators in the country followed through and announced the reiteration of a ban on bitcoin mining. The hash rate plummeted, as Chinese miners shut down their operations on a massive scale.

The hash rate bottomed out in late June, going as low as 87 EH/s. This was, of course, used for all it was worth by FUDsters, resulting in massive buying opportunities for those with conviction, both on bitcoin and mining hardware.

Coming as no surprise to the orange pilled, since then, both price and hash rate have made full recoveries. Bitcoiners knew!

The U.S. has now taken the position as the new world powerhouse of bitcoin mining, and hash rate looks like it will get close to piercing 200 EH/s before the new year. China also reiterated its ban on all cryptocurrency trading in September, but the market paid little notice. Sadly, we may now have seen the last of the “China bans Bitcoin” meme, as it is hard to see what angle is left to ban.

Bitcoin As Legal Tender And Mining Bitcoin From Volcanoes

“One small step for Bitcoin, one giant leap for mankind.”

The biggest event of the year in my book is that a nation state made bitcoin legal tender. El Salvador’s decision is a milestone in history, and Jack Mallers’ speech in Miami in early June was one of the most powerful moments of the year for me.

It will be exciting to see if more countries follow El Salvador’s lead in 2022.

2021 has been a year where global totalitarianism made big advances. Freedom of speech has been further diminished in public squares online, our freedom of movement has been greatly diminished and even our bodily autonomy is under serious threat.

It has also been a year where Bitcoin, the uncompromising truth machine, the polar opposite and nemesis of the clown world, has had its best year ever. It has grown stronger, more capable, more decentralized and more ingrained in the collective consciousness than ever before.

Despite some bumps in the road, bitcoin once again proved itself as number-go-up technology in 2021. But just as important, its strength and promise as clowns-go-away technology became more clear and needed than ever before. The world needs bitcoin. And the world has bitcoin. There is hope!

This is a guest post by Hodlonaut. Opinions expressed are entirely their own and do not necessarily reflect those of BTC Inc or Bitcoin Magazine.

2021: A Roller-Coaster Year With Lasting Changes For Bitcoin