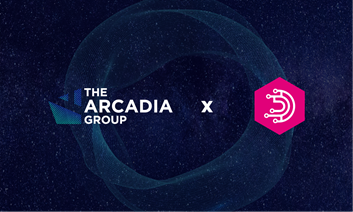 Arcadia and DotOracle will build a liquidity network layer for Casper Network, which will enable users to move digital assets back and forth between Casper and MoonBeam Polkadot, Ethereum, Binance Smart Chain, Avalanche, Polygon, Fantom, and Tomochain. This will be the first bridge ever to help Casper communicate with other chains.

The Casper platform was built by Ethereum developers with the goal to accelerate the adoption of blockchain, smart contracts, and decentralized applications (dApps) worldwide. Its PoS protocol relies on the CBC approach, which focuses on enterprise-grade security and leaves the door open to adjustments. Thus, the Casper network is designed to make sure that the ecosystem is improved continually based on the evolving needs of participants.

Casper’s future-proof architecture helps it solve the blockchain trilemma by offering security, scalability, and decentralization without compromising any of these fundamental elements. This is imperative for fostering a new era for Web3, and interoperability should also play a key role, but Casper has been quite isolated.

In fact, fragmentation has been one of the main problems reducing the pace of blockchain adoption worldwide. Thankfully, the crypto community has quickly realized that interoperability should be one of the main driving forces, and today we have many fast-growing chains that focus specifically on making existing blockchains friendlier with each other and within their own ecosystems. This is achieved mainly thanks to bridges, which are specialized smart contracts that facilitate transactions between two separate blockchain ecosystems, even if they rely on different structures and consensus protocols.

DotOracle will collaborate with Arcadia to create such a bridge in the form of a liquidity network layer. This channel will integrate the Casper ecosystem with the DotOracle bridge, and Arcadia will be launching a custom frontend to support and become a validator of the DotOracle Network.

DotOracle was designed to help the Polkadot ecosystem harmonize with other chains and the real world. It has two main functions: to act as an oracle as well as a cross-chain liquidity network for Polkadot. For those unfamiliar, oracles help underlying blockchains connect with the off-chain world by providing verifiable data inputs. As for DotOracle bridges, they allow users to move digital assets from different blockchains to the Polkadot ecosystem through the MoonBeam parachain.

The integration with Casper will give end-users several key benefits, such as:

The system will work like this: users who want to conduct a cross-chain transaction from an external chain to Casper blockchain will issue a request bridge transaction on the DotOracle bridge app. Basically, they will move the digital assets, such as USDC, ETH, or DAI, from the supported chains (listed above) to the DotOracle bridge smart contract, which will eventually issue wrapped tokens, e.g., dUSDC, dETH, or dDAI, to be used on the Casper network.

For the reverse action, users who want to withdraw from Casper will see the wrapped tokens burned by the bridge app to release the corresponding amount on the original chain, be it Ethereum, MoonBeam Polkadot, or BSC, for example.

All the transactions to and from Casper will be conducted through a decentralized network of validators that will include Arcadia, a company active in the Casper ecosystem